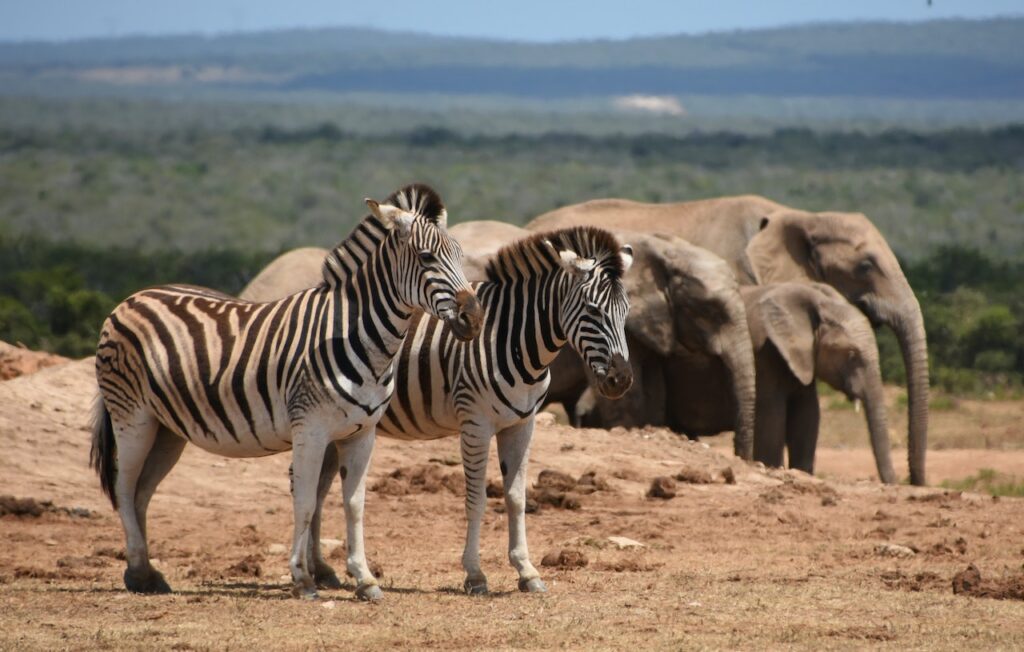 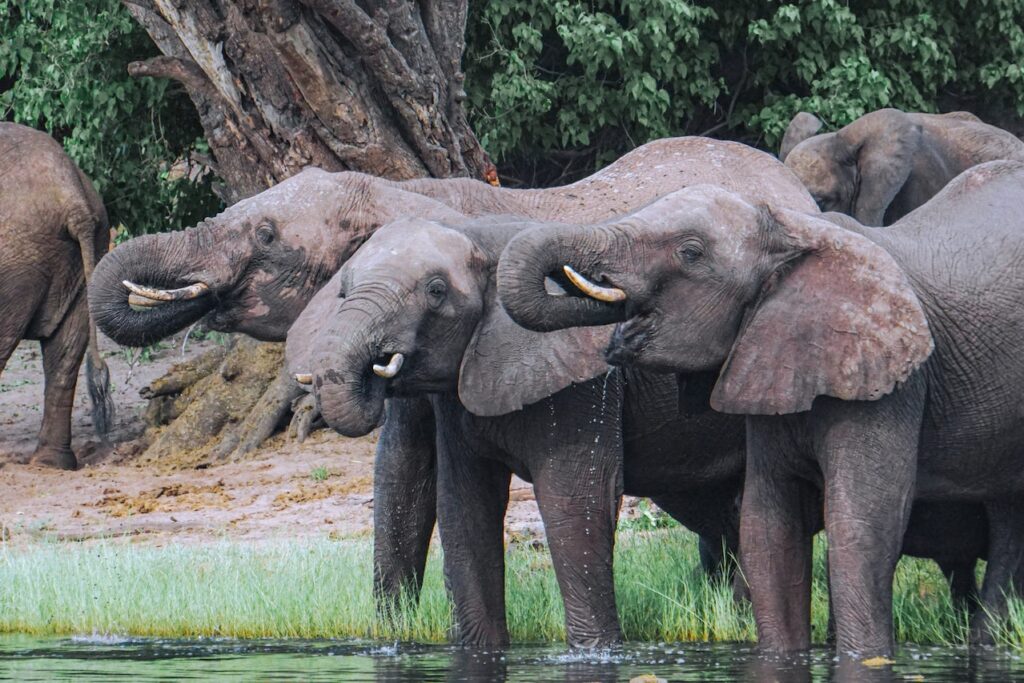 Arrive at Entebbe Airport, be picked up and transferred to your hotel.
Upon arrival at Entebbe International Airport, an English-speaking professional driver-guide assigned by Home to Africa will greet and welcome you to Uganda, the Pearl of Africa. Following that, you will be transferred to your reserved lodging (Entebbe). Optional (at an additional cost): If you arrived in Uganda early and are interested, you can proceed to the Entebbe Botanical Garden. The Garden is one of the places around Entebbe where you can see many different bird species as well as a few primates such as black and white colobus monkeys and vervet monkeys.

It is also a place of tranquility and peace, a feast for the eyes with a notable absence of people, where you can simply immerse yourself in nature, with the sounds of birds breaking the silence.

Pick up from the hotel at 7 a.m. and transfer to Murchison Falls National Park.

After breakfast, your driver-guide will pick you up and drive you to Murchison Falls National Park. The roaring rapids of the Murchison, the rolling plains of Uganda's largest National Park, and the opportunity to see lions, giraffes, hartebeest, buffalo, and elephants are among the highlights of this park.
The concentration of hippos and Nile crocodiles here will undoubtedly fascinate you. En route, there will be a lunch stop. Continue to the park and check into your lodging for the evening. Optional: If time and interest allow, you can go on a late afternoon-evening game drive.
Accommodation: Fort Murchison-Room (Mid-range) | Meals: Breakfast, Lunch, and Dinner | Driving Time: Approximately 6-7 hours

Morning game drive, afternoon boat trip to the base of the falls, and hiking to the top of the falls.

After breakfast, depart for an early morning game drive across the rolling plains of Uganda's largest National Park, looking for wildlife such as lions and leopards (though these are difficult to spot).
During the drive, any birder will be able to see a variety of birds. Return to your lodging for some rest and lunch. OPTIONAL: For an additional fee, you may choose to go on a hot air balloon safari instead (on ground).

After lunch, you will board a boat to the base of Murchison Falls, where you will be able to see more animals such as hippos, crocodiles, and a variety of water birds. Continue with a (optional) hike to the top of the falls. The hike may be difficult, but the rush of reaching the summit is unforgettable. If you must, miss it. Return to your lodging and unwind for the evening.
Fort Murchison-Room (Middle-Range) | Breakfast, Lunch, and Dinner

Depart Murchison Falls National Park for Kibale Forest National Park.
After breakfast, depart immediately for Kibale Forest National Park, which is famous for its primates such as chimps, black and white colobus monkeys, red-tailed monkeys, L'Hoest's monkeys, and Uganda mangabeys (Lophocebus ugandae). The journey is long but breathtaking, passing through villages, lush green countryside, and hills dotted with tea plantations that characterize this part of Uganda. The breathtaking scenery will take your breath away the entire journey. Check in and relax when you arrive at your lodging. Optional (at an additional cost): If time and interest allow, you may go on a Bigodi swamp walk, a crater lakes excursion, or visit The Amabere Ga Nyina Mwiru Caves for some cultural/historical insights.
Accommodation: Chimpanzee Forest Guesthouse (Budget Level) | Meals: Breakfast, Lunch, Dinner | Drive Time: Approx. 7 hours.

Chimp tracking in Kibale Forest, followed by an afternoon exploration of the Kibale crater lakes.
After breakfast, proceed to the rangers' post, where you will be briefed on the dos and don'ts of chimp trekking. Following that, you will trek with the chimps in the Kibale Forest. An experienced ranger guide will accompany you on chimp tracking (Kibale Forest), and the presence of primates here will undoubtedly astound you. You will have an hour in the chimps' presence once you locate them. Later (after lunch), explore the crater lakes, culminating with a hike to the "top of the world." You will appreciate the beauty of the numerous small lakes surrounded by gentle hills, as well as the breathtaking views.
Take a hike to Lake Nkuruba, where you will see a variety of primates and birds. Meet and interact with the locals while walking through their villages and taking in the panoramic views of the Kibale region.
Accommodation: Chimpanzee Forest Guesthouse (Affordable) | Breakfast, Lunch, and Dinner

Transfer to Queen Elizabeth National Park, relax, and go on an afternoon (evening) game drive.
After a leisurely breakfast, depart for Queen Elizabeth National Park. You'll arrive in Queen early enough to relax, eat lunch, and then go game viewing in the afternoon. During the game drive, keep an eye out for wild animals such as reedbuck, bushbuck, kob, warthogs, elephants, lions, and buffaloes, to name a few.
Alternatively, you could take the Queen's stunning explosion crater drive (instead). The drive is scenic, with spectacular views of the stunning scenery in and around Queen. There is also wildlife to see along the drive, with the most common sightings being Cape Buffaloes and Elephants. Return to your lodging for relaxation, dinner, and an overnight stay.
Irungu Forest Safari Lodge (Budget Level) | Breakfast, Lunch, Dinner | Drive Time: Approximately 2-3 hours

Morning game drive with the Queen and an afternoon boat trip along the Kazinga Channel.

Get up early and eat breakfast. Proceed on a morning game drive in the Kasenyi plains, looking for Cape buffalos, elephant herds, lions, and leopards (though hard to spot)
Following lunch, you will embark on a 2-hour boat ride along the Kazinga Channel, which connects Lakes George and Edward. The sight of wildlife such as giant hippos, elephants, and crocodiles will fascinate you during the trip. At the water's edge, you'll also see a wide variety of birds. You will eat dinner and sleep at your lodging. Optional (at an additional cost): After the boat ride, you may choose to hike to the Twin Lakes.
Budget Accommodation: Irungu Forest Safari Lodge | Breakfast, Lunch, and Dinner

Drive to Bwindi through the Ishasha sector in search of tree-climbing lions.

After breakfast, depart for Bwindi Impenetrable National Park via the Ishasha sector of Queen Elizabeth National Park, which is famous for its resident tree-climbing lions.

After breakfast, depart for Bwindi Impenetrable National Park via the Ishasha sector of Queen Elizabeth National Park, which is famous for its resident tree-climbing lions. The chances of seeing these lions are about 70%, though they can be difficult to spot at times (most especially when they are down in the grassland looking for prey). I hope you get a chance to see them; the sight will be breathtaking!

Continue your journey to Bwindi Impenetrable National Park. Bwindi is a large mountain gorilla habitat in Uganda (home to an estimated 400 mountain gorillas - roughly half of the world's population), with several habituated groups that you will trek. With a long day ahead of you, you will do little on arrival except check into your accommodation and relax before your Bwindi gorilla trekking adventure the next day.

Gorilla trekking in Bwindi Forest, followed by a relaxing trip to Lake Bunyonyi.
After breakfast, proceed to the rangers' post. During the trek, you will be briefed (by a ranger guide) on the dos and don'ts. Following that, you will enter the Bwindi Forest to begin your adventure. This rain forest is breathtakingly beautiful! The area has a dramatic steeply forested landscape and is extremely dense, but it is crisscrossed by numerous animal trails that allow tourists access. The time and terrain vary according to the movements of these great primates. You will be allowed an hour in the presence of a gorilla group once you have located one. It is unforgettable to spend time observing these gentle but endangered giants.
Return to your lodging, check out, and take a transfer to Lake Bunyonyi. Lake Bunyonyi is surrounded by lush, green-terraced hills that rise to a height of (2,200 - 2,478m), but it's the 29 islands of varying shapes and sizes scattered across the water that make it most magical — you could spend all day admiring them.
Lake Bunyonyi Rock Resort (Mid-range Level) | Meals: Breakfast, Lunch, Dinner | Driving Time: Approximately 2-3 hours

This day is for relaxation after days of long drives and, of course, strenuous gorilla trekking (previous day) in Bwindi. All meals will be served at the hotel. Optional (at an additional cost): If you want to do something different, you could go on a historical island tour, visit the Batwa/pygmy community, go on a Nyombe swamp excursion, mountain bike cycling, zip lining, canoeing or kayaking on the lake. The activity can be scheduled on-site with the assistance of your driver-guide. Have a good time.

After breakfast, depart for Lake Mburo National Park via Mbarara. You will arrive in the early afternoon and rest before going out to watch the game in the late afternoon (evening). Expect to see eland antelopes, zebras, topi, impalas, Uganda kobs, and Cape buffalos on the game drive.

Later, unwind at the hotel where you will spend the night. OPTIONAL: If you want, you can go on the breathtaking Mburo night game drive (at an extra cost on the ground). Expect to see nocturnal creatures such as snakes, hyenas, owls, and the elusive leopard (on a lucky day) during the night game drive.

Walk through Mburo Park (the bush) before transferring to Entebbe Airport for your flight out.

Enjoy an early breakfast before departing for a morning park (bush) walk in the company of an armed Uganda Wildlife Authority ranger/guide. On this early morning guided walk, you will have the opportunity to encounter (at least one) of the following:

Take the Trail to the top of the hills for a panoramic view of Lake Mburo and beyond. From here, you can see 9 of the twelve lakes that surround Lake Mburo National Park. Return to your accommodation for check-out before driving to Entebbe Airport for your flight out (recommended for 18:00 onward). We hope to see you (or any referral) when you return, and thank you for visiting Home to Africa!